ALGIERS- The Minister of Foreign Affairs and the National Community Abroad, Ramtane Lamamra, performed, Saturday in Algiers, his electoral duty for the 27 November local elections.

In a statement to the press, Mr. Lamamra indicated that this political rendez-vous marks “a great day in the history of modern Algeria”, considering that “these local elections are part of the completion of the construction of elected democratic institutions “.

The minister also highlighted the importance of elected assemblies having a close link with the citizen, calling for a massive participation of citizens in these elections.

Polling stations opened, Saturday morning (8:00), throughout the country for more than 24 million voters to choose their representatives for a five-year term with complete freedom and transparency.

Nearly 24 million voters are called, today, to the polls. A ballot which constitutes the crowning of the process of institutional building and the transition to a new governance of communities that aims at giving a strong impetus to local development.

The electoral body rose, at the end of the exceptional revision of the electoral lists, to 23,717,479 voters, according to data communicated by the National Independent Election Authority (ANIE), a body which supervises the entire electoral process.

Early voting operations began on November 24, through mobile offices, in remote areas of the wilayas in the south of the country, i.e. 72 hours before the national ballot, in accordance with the Organic Law on the electoral regime.

More than a million supervisors will be mobilized for the smooth running of the ballot in 61,696 offices and 13,326 polling centers, spread across the 1,541 municipalities of the country. The ballot will take place in the presence of 182,981 observers delegated by the forty political parties vying for these local elections.

A health protocol has been put in place by ANIE and the Ministry of Health, in order to prevent the spread of Covid-19. Both sides underlined their attachment to the strict application of preventive measures for the conduct of the ballot “in complete safety”, noting that all the necessary means were mobilized for the success of this political rendez-vous.

A budget of 8.67 billion dinars has been allocated for the preparation and organization of local elections.

The election campaign ended on Tuesday. Mr.Charfi considered that “all the conditions” for the success of the local elections of November 27 “were met”, while noting that this success was “closely linked to the degree of democratic awakening among citizens”.

The local elections are part of the completion of the institutional building process implemented by the president of the Republic, Mr. Abdelmadjid Tebboune. They were preceded by the referendum on the revision of the Constitution of November 1, 2020 and the legislative elections of June 12, 2021.

By presiding over the installation ceremony of the members of the National Economic, Social and Environmental Council (CNESE), on September 28, the President of the Republic described the local elections as “a crucial stage in the recovery process.

The Prime Minister, Minister of Finance, Mr. Aïmene Benabderrahmane, had announced, during the presentation to Parliament of his government’s Action Plan, the installation, in October 2021, of reform workshops dedicated to the revision of the communal and wilaya codes, in order to “meet the requirements of local development”. 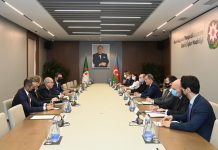 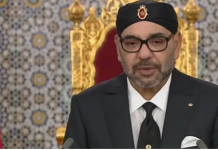 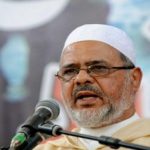 News Hana Saada - August 16, 2022
0
ALGIERS- In its disillusionment, the Makhzen calls on one of its most appointed obsequiers to play the herald of its disastrous theses which are... 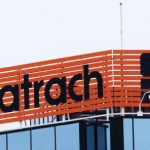 News Hana Saada - August 16, 2022
0
ALGIERS- Following the death, this morning of Sonatrach's contract agent, Hodheifa Saïdi, who was injured yesterday in the fire that broke out while loading...

Society Hana Saada - August 16, 2022
0
ALGIERS- Scorching temperatures up to 47 degrees Celsius in the shades are expected, on Tuesday, in several provinces in the country, the National Meteorological... 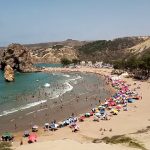 Tourism in Algeria/ Beaches of Tlemcen: Up to 2 million summer visitors in June,...

Culture Hana Saada - August 16, 2022
0
TLEMCEN - Nearly two million summer visitors were recorded on the beaches of the wilaya of Tlemcen during the months of June and... 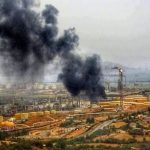 Sonatrach: Fire in industrial zone of Skikda brought under control

Economy Hana Saada - August 16, 2022
0
ALGIERS - The Sonatrach Group announced, Monday, in a press release the control of a fire which broke out in the industrial zone of...