ALGIERS- The price of the entrance ticket to attend the opening ceremony of the 19th edition of the Mediterranean Games, scheduled for Saturday at the Olympic sports complex in Oran, has been set at 100 DA, the organizing committee announced, on Sunday, in a statement.

“In application of the instructions of the President of the Republic, Mr. Abdelmadjid Tebboune, the price of the entrance ticket to attend the official opening ceremony of the nineteenth edition of the Mediterranean Games of Oran, slated for Saturday June 25, 2022, at the Oran Olympic Sports Complex, has been set at 100 DA”, read the press release.

“To this end, the oran2022.dz and https://tadkirati.mjs.gov.dz digital platforms will be open for reservations,” noted the same source.

News Hana Saada - November 29, 2022
0
ALGIERS- The People's National Assembly (APN) will take part, on November 29 and 30 in Beirut, in the work of the Parliamentary Forum on... 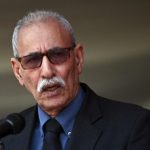 International Hana Saada - November 29, 2022
0
Birlahlou, (SPS) - The Saharawi President of the Republic, Secretary General of the Polisario Front, Brahim Ghali, called for an end to "the policy...

International Hana Saada - November 29, 2022
0
ALGIERS- The Head of the Tunisian Government, Ms. Najla Bouden, hailed, Monday in Algiers, Algeria's support and solidarity with her country in this "sensitive"...

News Hana Saada - November 29, 2022
0
ALGIERS- The Public Prosecutor at the Economic and Financial Criminal Pole of the Tribunal of Sidi M'hamed (Algiers) has requested sentences ranging from twelve...