ALGIERS- Academics believe that the decision of the President of the Republic, Mr. Abdelmadjid Tebboune, to initiate consultations as of tomorrow, Saturday, prior to the formation of the government, with leaders of political parties and representatives of independent candidates who won the legislative elections, falls within the framework of strengthening the mechanisms of participatory democracy, emphasizing during their intervention on the program “The TV Interview” which was broadcast on Thursday evening, on Algerian TV, that these consultations reflect the extent of the president’s keenness to involve all political actors and not to be alone in making decisions.

In this regard, Professor of Constitutional Law, Rachid Lourari, said that the start of consultations only hours after the Constitutional Council announced the final results of June 12 legislative elections confirm “the president’s keenness to involve all political actors, despite the fact that the constitution does not obligate him to do so,” noting that these consultations “fall within the framework of completing the building of the constitutional bodies without wasting time.”

For his part, the political sociologist, Dr. Fouad Mansouri, stated that these political consultations “are an important step and a result of what the recent legislative elections have produced,” considering the move of the President of the Republic as “an important milestone in completing the constitutional process with the participation of parties and representatives of independent candidates participating in the June 12 legislative elections.”.

From the point of view of Professor of Public Law at the University of Bechar, Dr. Majdoub Gourari, the issue of consultations called for by the President of the Republic “is in harmony with global democracies that are at the heart of participatory democracy and not unilaterally in decision-making,” he highlighted the importance of the emergence of the independent bloc in June 12 legislative elections “which reflects various players of civil society and youth within People’s National Assembly,” considering that these consultations “will result in the formation of a coalition government that is consistent with the provisions of Article 105 of the Constitution, which will work to embody the program of the President of the Republic.”

For her part, Professor of Political Science at the University of Ouargla, Dr. Linda Zemmouri, considered that these political consultations of the President of the Republic are “very important and serious, and fall within the mechanisms of democratic action recognized in developed countries,” adding that “the next government will face great challenges, especially on the social aspect, so consultation is a necessary step. 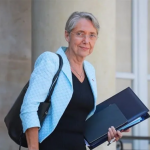