ALGIERS- The dangerous terrorist Rezkane Ahcene, known as “Abu Dahdah”, who had joined the terrorist groups in 1994, was arrested, Wednesday in Jijel, by a detachment of the National People’s Army (ANP), announced Thursday the defense ministry national (MDN) in a press release.

“A detachment of the National People’s Army captured during a search operation in the Tamendjar area, near the municipality of El-Ancer in Jijel, yesterday December 16, 2020, a dangerous terrorist named Rezkane Ahcene , aka + Abou Dahdah + who had joined the terrorist groups in 1994 “, specified the DND.

According to the same source, “the operation also resulted in the recovery of a (01) Kalashnikov-type submachine gun, three (03) ammunition magazines, one (01) grenade and one (01) pair of binoculars “.

As part of the fight against terrorism and within the framework of the search operation carried out, on December 01, 2020, in the locality of Oued Bouayache near the commune of El-Ancer in Jijel in the 5th Military Region, a detachment of the National People’s Army shot down three (03) terrorists and seized three (03) Kalashnikov-type submachine guns, and a quantity of ammunition, ”recalled the statement. 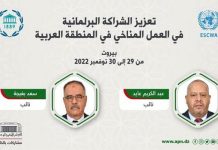 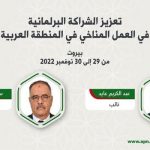 News Hana Saada - November 29, 2022
0
ALGIERS- The People's National Assembly (APN) will take part, on November 29 and 30 in Beirut, in the work of the Parliamentary Forum on...

International Hana Saada - November 29, 2022
0
Birlahlou, (SPS) - The Saharawi President of the Republic, Secretary General of the Polisario Front, Brahim Ghali, called for an end to "the policy... 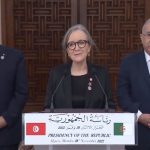 International Hana Saada - November 29, 2022
0
ALGIERS- The Head of the Tunisian Government, Ms. Najla Bouden, hailed, Monday in Algiers, Algeria's support and solidarity with her country in this "sensitive"...

News Hana Saada - November 29, 2022
0
ALGIERS- The Public Prosecutor at the Economic and Financial Criminal Pole of the Tribunal of Sidi M'hamed (Algiers) has requested sentences ranging from twelve...