ALGIERS, Nov. 28 (Xinhua) — Algeria, on Thursday, strongly condemned the “provocative” resolution issued by the European Parliament criticizing the situation of freedoms in Algeria.

The European Parliament on Thursday approved a resolution to express “deep concern over the human rights breaches and the lack of freedoms in Algeria,” as the country witnesses since Feb. 22 rallies demanding changes.

The resolution urges the Algerian government to “find a solution to the current (political) crisis based on a peaceful and open political path.”

The Algerian Foreign Ministry strongly condemned the resolution, saying in a statement “the European Parliament boldly interfered in domestic affairs of Algeria.”

“The European members of parliament have showed disregard to Algerian laws,” said the ministry, warning that the North African nation is likely to “review its relations with all EU institutions.”

For its part, Algeria’s National People’s Assembly (lower house of parliament) reacted to the European Parliament’s resolution, saying it “comes at a time when Algerians are heading to the polls to choose a new president following peaceful movement.”

The resolution also “comes after the completion of the legal tools and organizational structures that guarantee the freedom, transparency and integrity of the electoral process in a democratic path that reflects the magnitude of change that Algeria is experiencing,” added the assembly.

It further deplored the position of the European Parliament and considered it a “flagrant melding in domestic affairs of Algeria and a provocation to the Algerian people”.

Meanwhile the Council of the Nation (the upper house of parliament) expressed its “categorical” rejection to “any interference from any body in the internal affairs of our country.”

The speaker of the council, Salah Goudjil, said in a statement that “we reject foreign agendas imposed on Algeria and hope that the Algerian people will give a lesson to the world through their strong participation in the presidential elections of Dec. 12.” 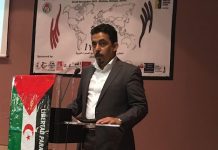 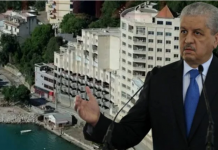 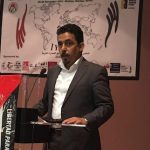 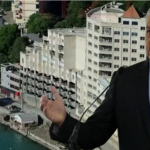 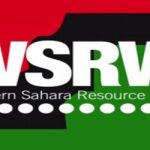 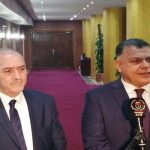