It took note of Algeria’s proposal to organize the Forum for National Reconciliation and to bring views closer, while recalling the previous decision taken by the Conference of the AU Heads of State and Government,” said the statement. Prime Minister Abdelaziz Djerad reiterated Thursday, in Brazzavile (Republic of Congo), “Algeria’s readiness” to bring the positions of Libyan warring parties closer and host any inter-Libyan meeting aimed at “helping to find a solution to the crisis and lay the foundations for a new stable state.” “Algeria, which stands with equidistance between Libyan parties, shows maximum neutrality while backing internationally-recognized institutions. Today, it reiterates willingness to bring the positions of warring parties closer and to host any meeting between the Libyan brothers so as to find a solution to the crisis and lay the foundations for a new stable state,” said the PM. See also: Libyan crisis: Algeria ready to reconcile Libyan warring parties’ positions The high-level Committee said it “appreciates” the efforts spent by Libya’s neighbouring countries and “the sacrifices” made so far to assist the Libyan populations affected by this crisis. The Committee is committed to the “Libyan political dialogue” and emphasizes “the urgency of an inclusive dialogue bringing together all Libyan parties to cease the conflict and seek a Libyan solution to the crisis while taking into consideration the Libyan people’s supreme interests.” The Committee firmly condemned the continuation of fighting in and around the capital Tripoli and reiterated “the urgency of a complete and genuine ceasefire with a monitoring mechanism in which the AU will be involved.” For this purpose, the Committee urged member states to “send military observers once conditions are met so that they participate in a ceasefire monitoring mechanism and communicate with Libyan parties.

” The Committee, which condemned “foreign interferences in Libya in the wake of the commitments made in Berlin”, renewed its call to all “foreign players so that they immediately cease any interference in Libya’s internal affairs, notably the delivery of weapons and the recruitment of mercenaries.” The Committee insisted on compliance with the embargo decided by the Security Council on weapons in Libya and the Council “to implement sanctions in the event of violation” while condemning “vigourously” terrorist attacks, the recruitment of foreign fighters and resort to mercenary.

News Hana Saada - May 28, 2020
0
ALGIERS- The Office of the People's National Assembly (APN) held a meeting chaired,on Wednesday, by Slimane Chenine to examine the proposed changes to the...

News Hana Saada - May 28, 2020
0
ALGIERS- The team of Chinese medical experts completed, on Thursday, their mission after spending two weeks in Algeria as part of Algerian-Chinese cooperation in... 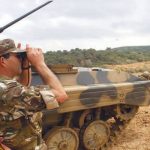 News Hana Saada - May 28, 2020
0
ALGIERS - Nine homemade bombs were discovered and destroyed, on Tuesday, in the province of Tébessa by a detachment of the People's National Army,...

Culture Hana Saada - May 28, 2020
0
ALGIERS - The Minister of Culture Malika Bendouda took part, on Wednesday, in the virtual forum of the Ministers of Culture of the...