Bamako: Fifty-three soldiers were killed Friday in a “terrorist attack” on a Mali military post in the northeast of the country, the government said.

The assault is one of the deadliest strikes against Mali’s military in recent terrorist violence.

A civilian was also killed at the outpost in Indelimane, in the Menaka region, close to the border with Niger, the country’s communication minister Yaya Sangare said on Twitter.

“The situation is under control. A search and the process of identifying the bodies is continuing,” he added, after giving the latest update on the death toll.

He said 10 survivors were found at the outpost, which suffered “significant” damage.

No further details of the attack were given.

The Malian government earlier condemned the “terrorist attack,” saying it had left numerous dead or wounded but without giving a precise toll.

“Reinforcements have been dispatched to secure the area and hunt down the attackers,” the statement added.

Interview with Jira Bulahi, Minister of Health of Western Sahara 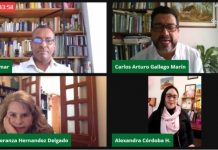 FP representative to UN: Sahrawi people to continue to struggle with all legitimate means to achieve their freedom, independence 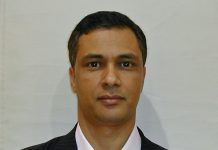 News Hana Saada - August 11, 2020
0
The Libyan Government of National Accord has declared its solidarity with Algeria in the aftermath of the earthquake which struck the town Hamala in... 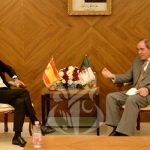 News Hana Saada - August 11, 2020
0
ALGIERS- The Minister of Higher Education and Scientific Research, Abdelbaqi Benziane, discussed, Monday in Algiers, with the Ambassador of the State of the United... 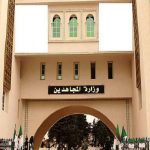