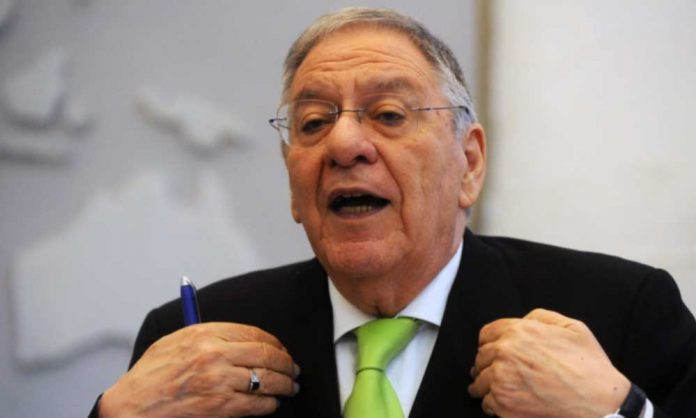 Algeria – The Central Committee of the National Liberation Front (FLN) party meets today, Tuesday, April 23, under the chairmanship of Mohamed Boumahdi as the oldest member.

The meeting was to be chaired by the Secretary General of the party, Djamel Ould Abbes. However, according to our information, the latter has sent a letter to the members of the Committee in which he apologizes for not being able to participate.

At the end of this meeting, a new Secretary General of the FLN will be elected. This stage will mark the end of Mouad Bouchareb at the head of the party coordination.

With respect to the resignation of Djamel Ould Abbes, members of the party rejected it, asking for “the withdrawal of confidence”.

Terminating functions of number of local officials : “These decisions are just the beginning,” President Tebboune

Revision of Constitution: President Tebboune calls to prepare for referendum

Terminating functions of number of local officials : “These decisions are just the beginning,”...

News Hana Saada - August 12, 2020
0
ALGIERS- The President of the Republic, Abdelmadjid Tebboune, said, Wednesday in Algiers, that the decisions to terminate the functions of a number of local...

Revision of Constitution: President Tebboune calls to prepare for referendum

News Hana Saada - August 12, 2020
0
ALGIERS - The President of the Republic, Abdelmadjid Tebboune, called on the members of the Government and the walis, Wednesday in Algiers, to prepare...

News Hana Saada - August 12, 2020
0
ALGIERS- The criminal chamber of the Court of Algiers, on Wednesday, pronounced a 12-year prison sentence against the former Director General of National Security...

News Hana Saada - August 12, 2020
0
ALGIERS - The trial of former deputy Baha Eddine Tliba was adjourned, Wednesday, at the Sidi M’hamed court in Algiers to September 2, due...

President Tebboune warns: “We will hold responsible all those who do not respond favorably...

News Hana Saada - August 12, 2020
0
The President of the Republic made a frank speech at the government-walis meeting, devoted to the evaluation of the implementation of the guidelines of...