The 2nd International Conference of African NGOs, members of the United Nations Economic and Social Council (ECOSOC) began, today, Monday in Algiers, with the participation of about 300 representatives of 30 African countries who will discuss the migration crisis in Africa.

Co-organized by the African Parliament, the civil society and the National Association of Youth Exchanges (ANEJ), in collaboration with the Collective of African Students in Algeria “Initiative Agenda 2063”, this event is placed under the theme: “Partnership public-private civil society for entrepreneurship and youth employability, innovation and inclusive and sustainable industrialization, “organizers said.

This conference takes place in a particular context where Africa faces many challenges such as; the fight against poverty, unemployment, social inequalities, global warming, irregular migration and the flight of elites and capital.

It is in this spirit that the organizers intend to share the actions and resources of the state, economic and civil society actors of the continent to define a common strategy in the face of the migration crisis by determining the roles and responsibilities of each of the actors.

The Algiers conference is also aimed at “strengthening interstate exchanges and cooperation between African countries,” the organizers pointed out, adding that participants will have to draw up recommendations to guarantee ” the sustainability of regulations, policies and development strategies.

The African Union, through its Center for Studies and Research on Terrorism (CAERT), is also associated with this event during which experts from the organization will address the issue of the fight against radicalization and violence movements affecting some African countries. 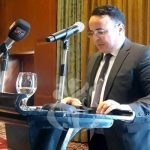 Economy Hana Saada - July 3, 2020
0
ALGIERS- The chief executive officer of Sonelgaz, Chaher Boulakhras, has been unanimously elected president of the Association of the Mediterranean Transmission System Operators for... 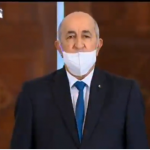 News Hana Saada - July 3, 2020
0
The military aircraft of Algeria’s Air Forces, carrying the skulls of 24 Algerian resistance martyrs, preserved for over a century and a half at...

News Hana Saada - July 3, 2020
0
Algeria - In a press release published this Friday, July 3, the Mujahideen ( War Veterans) ministry highlighted the measures to be respected by... 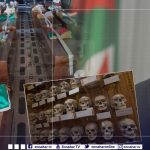 News Hana Saada - July 3, 2020
0
The military aircraft of Algeria’s Air Forces, carrying the skulls of 24 Algerian resistance martyrs, preserved for over a century and a half at... 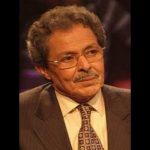 Culture Hana Saada - July 3, 2020
0
ALGIERS- Poet and lyric writer of the Algerian contemporary song, Mohamed Angar, died Thursday, in Algiers, of a heart attack at the age of...