Three terrorists’ supporters were arrested, Sunday in Setif, by a combined detachment of the People’s National Army, said, Monday, the Ministry of National Defense in a communiqué.

“As part of the fight against terrorism, a combined detachment of People’s National Army apprehended, on September 2, 2018, three (3) terrorists’ supporters in Setif (5th Military Region),” pointed out the same source.
As part of the fight against organized crime, combined detachments of the ANP “arrested, in Batna and Medea, 9 individuals in possession of (8) firearms, a shotgun and 4 kilograms of black powder “, while other detachments of the ANP” seized (14.3) kilograms of TNT and two (2) automatic guns in In Guezzam and Tamanrasset “.
On the other hand, detachments of the ANP “intercepted, during separate operations conducted in Tindouf, Tamanrasset and In Guezzam, (4) miners and (2) smugglers and seized two ( (2) trucks, (16) tons of smuggled food, and (5) generators and (6) jack hammers. ”
In addition, elements of the National Gendarmerie “seized (35.6) quintals of tobacco and 1,200 units of different drinks in Mostaganem, Biskra and El-Oued,” the statement concluded.

News Hana Saada - May 30, 2020
0
The President of the Republic, Abdelmadjid Tebboune, will chair, tomorrow, Sunday, May 31, the periodic meeting of the Council of Ministers by videoconference, said...

News Hana Saada - May 30, 2020
0
ALGIERS - The documentary on Hirak, broadcast last Tuesday by French public television channels, was "predictable", according to the Washington Times, which predicted a... 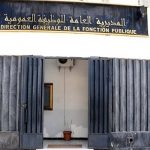 News Hana Saada - May 30, 2020
0
ALGIERS - The working hours applicable in public institutions and administrations have been fixed following the extension of the measures of partial lockdown provided...